Although I don’t remember who, after the loss of my son, Josiah, someone sent me a story that touched me in a way I couldn’t fathom at the time. Theirs was one of many hands that reached through the fog of pain and grief to give me an buoy. The story talked about grief as waves. Waves that, in the beginning for me, crashed over me in unrelenting time. I was drowning in them, and just trying to hold on. Eventually, the waves became smaller and I got a longer reprieve between them. After that, I could see them coming at me. I had time to prepare, to hold my breath, to grab a lifeline and not get swept away. At least, that’s what I hoped.

I’ve got a big wave coming at me right now. I knew it was coming; I could see it in the distance. Yet, even knowing it is going to unavoidably wash over me, I don’t know exactly what to expect. I don’t know how large it will be, or if it will be a single wave or a whole storm of them. I don’t know how long I will need to hold on for. I don’t know how to go back to barely being able to move or breath, but I know I can’t escape it.

You see, this Friday, August 25th is the estimated due date for my son, Lincoln. The date to me is significant, and yet complicated. It’s an unanniversary. A day that will never be what it should have been. We are certain that Lincoln would not have been born on this day, and that I most likely would have been induced a week or two before. But with those unknowns and uncertainties, this is the only true date I can hold onto. For me, it marks a finality in this chapter of our loss, and the beginning of our life beyond it. 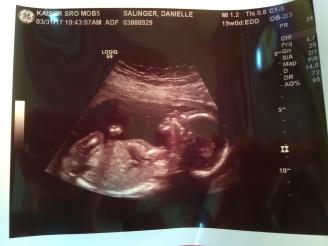 A picture of Lincoln, 3 days before I went into preterm labor at 19w3d

There are other waves to come, but this is the final “should have been” for me and for us. For the last few months, there have been lots of, “I should have been 32 weeks now,” and “You should have been able to feel him kicking now.” There are an infinite number of them that will all end on Friday, leaving me in a not unfamiliar space of life without, and dreams unrealized. A wide open space filled with dead ends of an alternate life I’ll never have.

As the wave gets closer, I begin to panic a little, wondering how far it will knock me and for how long. Even when I’ve already felt the same pain previously, I just don’t know how bad it will be when it comes around again. The anticipation is its own set of waves right now, unsettling and distracting me. Taking my breath and my courage. Thinning my patience and my resolve to be strong. I find myself thrashing already, lashing out at those around me or isolating myself and becoming very quiet as I resign to be drowned all over again.

When we lost Josiah in 2015, I had a plan. A spot in the horizon to focus on as the wave crashed down. I called it his unbirthday, since he never had the chance to be born. I planned to have his name tattooed on my pelvis, in the area that I felt him move most often. We also planned a memorial, with close friends and family, to honor his brief time with us. We asked friends and family around the world to light a candle with us and say his name. However, Lincoln has a birthday. He was born on April 4, 2017 at 2:39 pm and he lived for 3 hours. It doesn’t seem right to memorialize him on his estimated due date when we have a truly significant date already.

My pelvic tattoo, in the Beloved font

One of the many pictures of candles shared with us, honoring Josiah 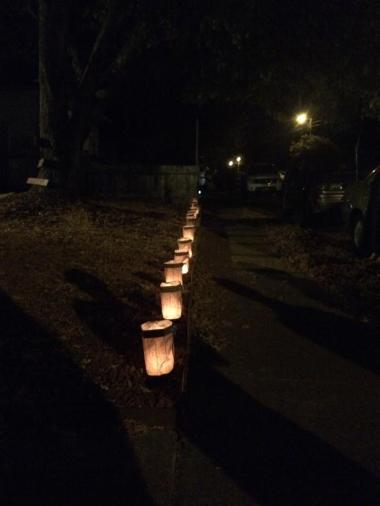 Our makeshift memorial for Josiah

I’m left not knowing what to do, which gets layered onto not knowing what to expect this week and not knowing how I’m going to feel. There’s so much uncertainty, and even more regret. Should I have planned another memorial? Should I have arranged to get another tattoo? Am I mourning the loss of Lincoln less than I did Josiah by not doing these things? Am I marring his memory and belittling his importance in my life? I keep adding to the list of unknowns.

So this wave will come for me, like a predator claiming it’s prey. I will stay home that day, to allow the wave to consume me and steal my breath with unimaginable pain all over again, without the struggle of trying to hide it from others. I will be tossed and unmoored by its power and strength. I will cry and I will grieve. Then, as the wave recedes, I will anchor myself once again. Anchor myself to my loved ones and to this new me I’ve been forced to become. I will tread these unknown yet recognizable waters, continuing to swim and wait for the next wave to arrive. That wave will come, and the next, and the one after that. There will be other unanniversaries, unbirthdays, actual birthdays and small, unexpected moments that will crash over me. There will always be these waves, but at least I now know that for every time they knock me down, they will not take me under. I just have to hang on.